The BEBEN X8 headphones are a set of true wireless headphones, like the Apple Airpods, which are probably the market leader in this category.

Many of the big electronics companies have made their own versions. Samsung has Galaxy Buds, Sony has WF-1000XM3s, and Google has Pixel Buds. But when I looked into buying a pair of true wireless headphones, I realized that it has become a commoditized technology. Amazon has plenty of more affordable (less than $100) options from relatively unknown brands.

I planned to use my headphones mainly while exercising, and I knew exactly what features I was looking for and which I didn't really care about. Your needs may be very different from mine.

The two key things I wanted were:

Audio quality was not that important to me, and I cared even less about microphone quality. I also wasn't concerned about battery life, since I didn't plan to use them much while traveling.

While many options on Amazon have waterproofing, the X8s were one of the few with physical buttons. I also liked that the case supports wireless charging.

I also came across two interesting features that I haven't seen with the well-known options. The first is an LED display to show exactly how much charge is left. The second is that the charging case can have a USB port to charge your phone, allowing the case to double as an external battery. This pair has both features. 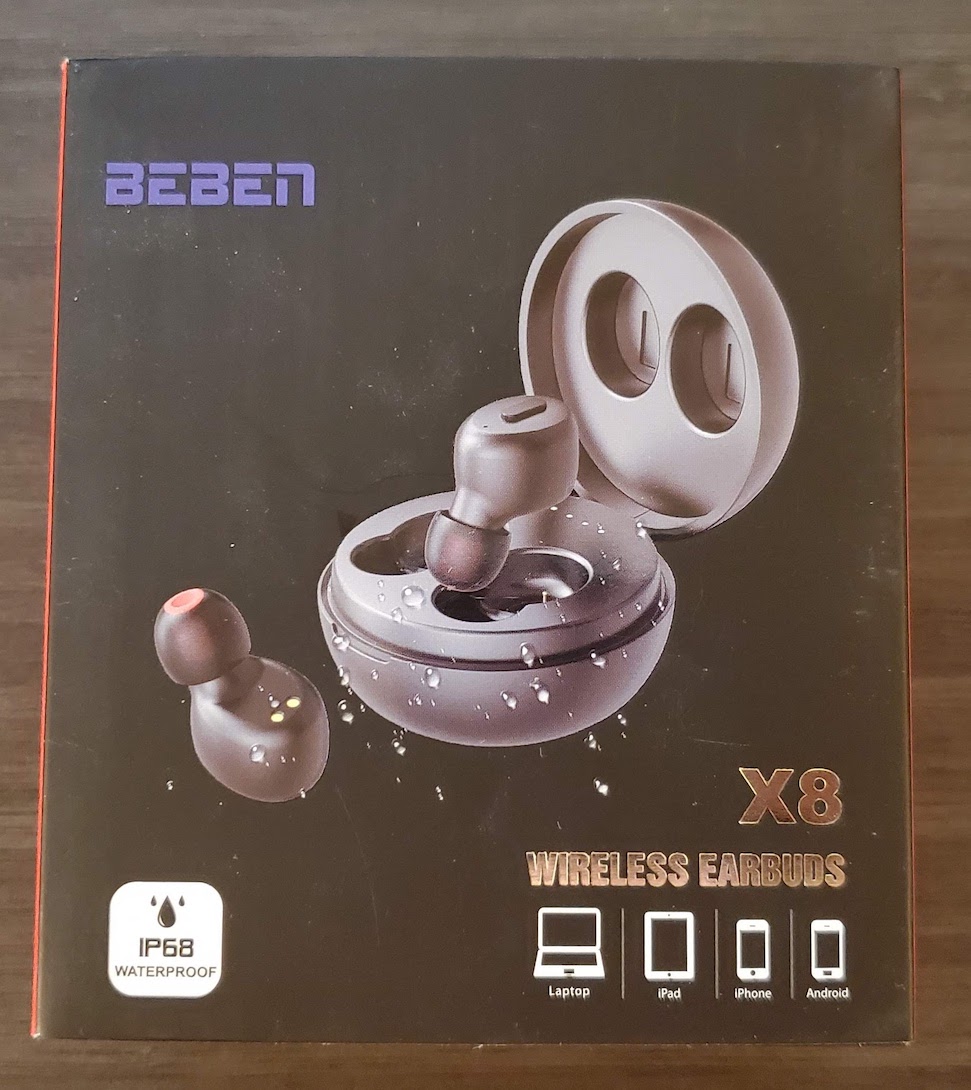 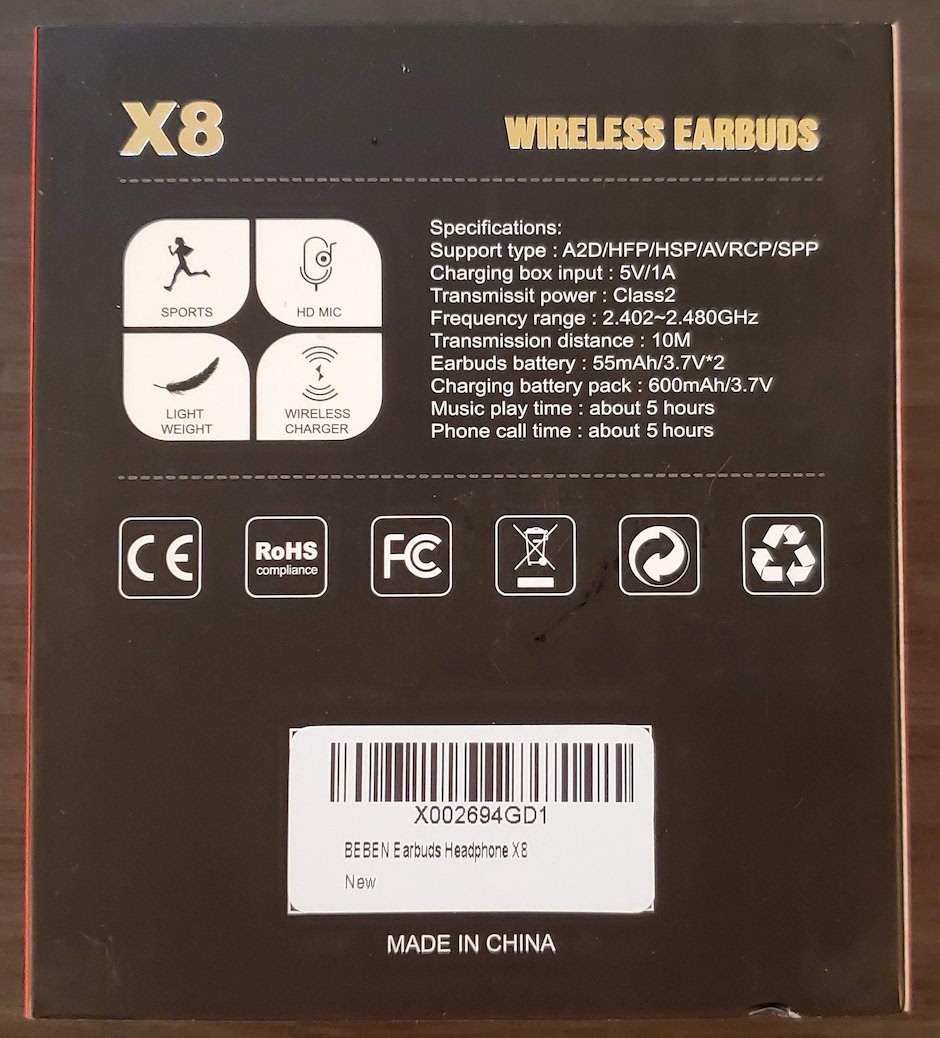 The package comes with the case, the headphones, a short Micro-USB to USB cable, a lanyard, and several sets of differently sized tips. 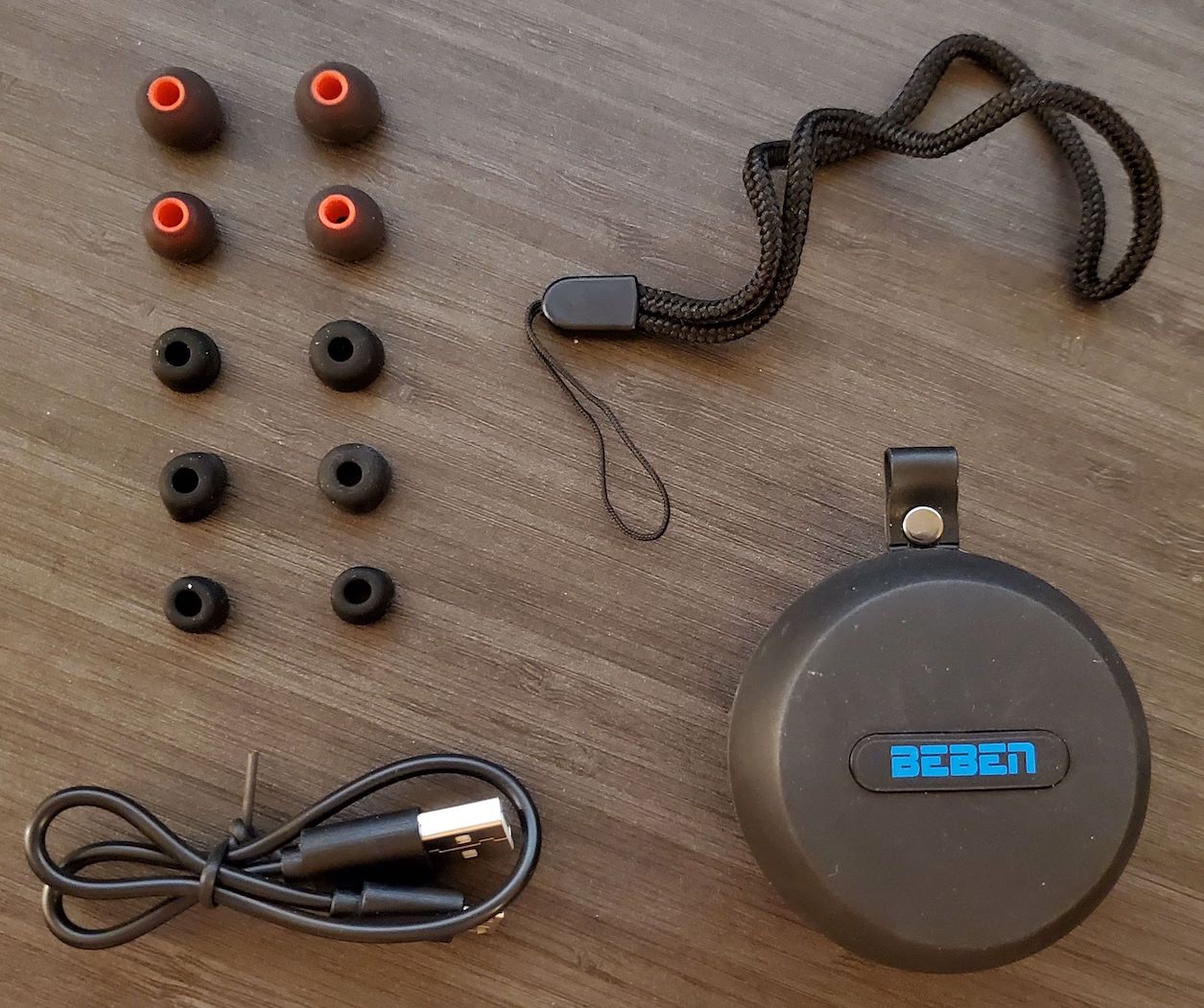 Note that I've used my X8s for over a year, so the case has some normal wear. 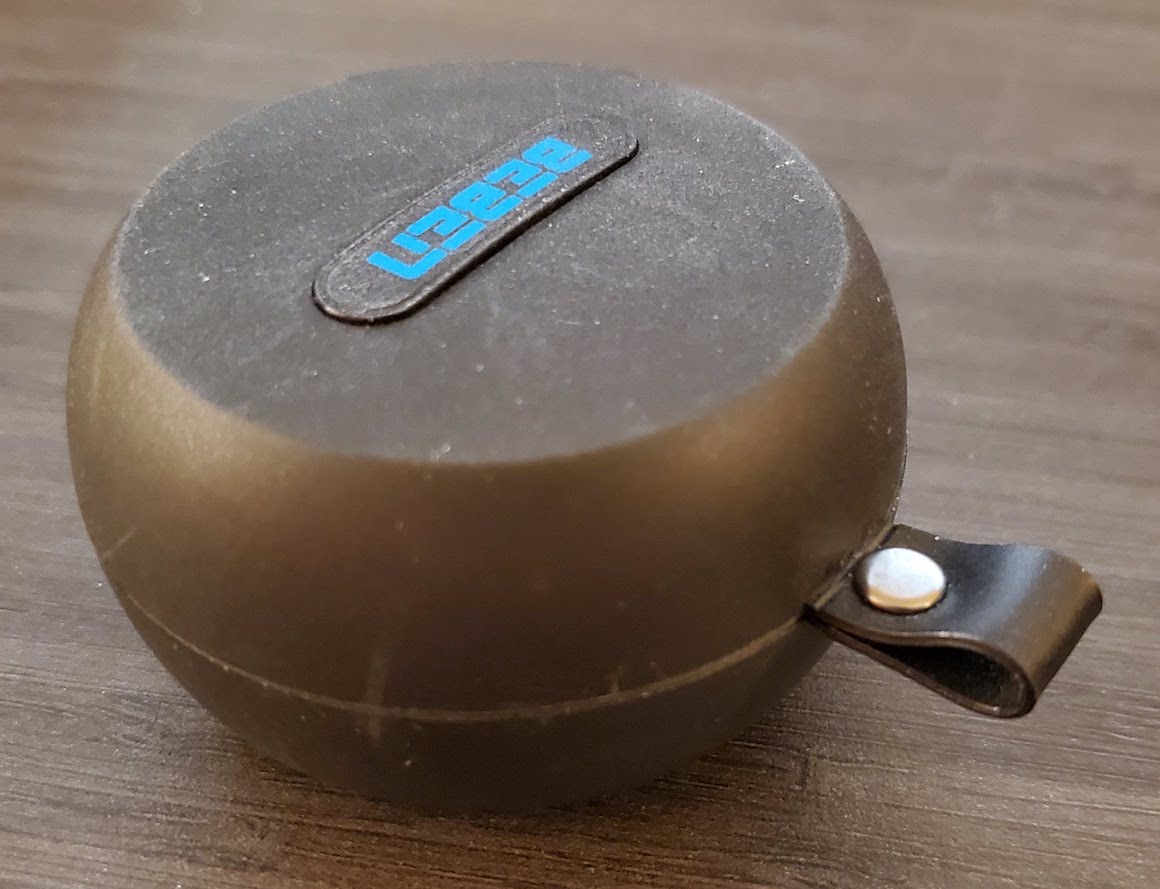 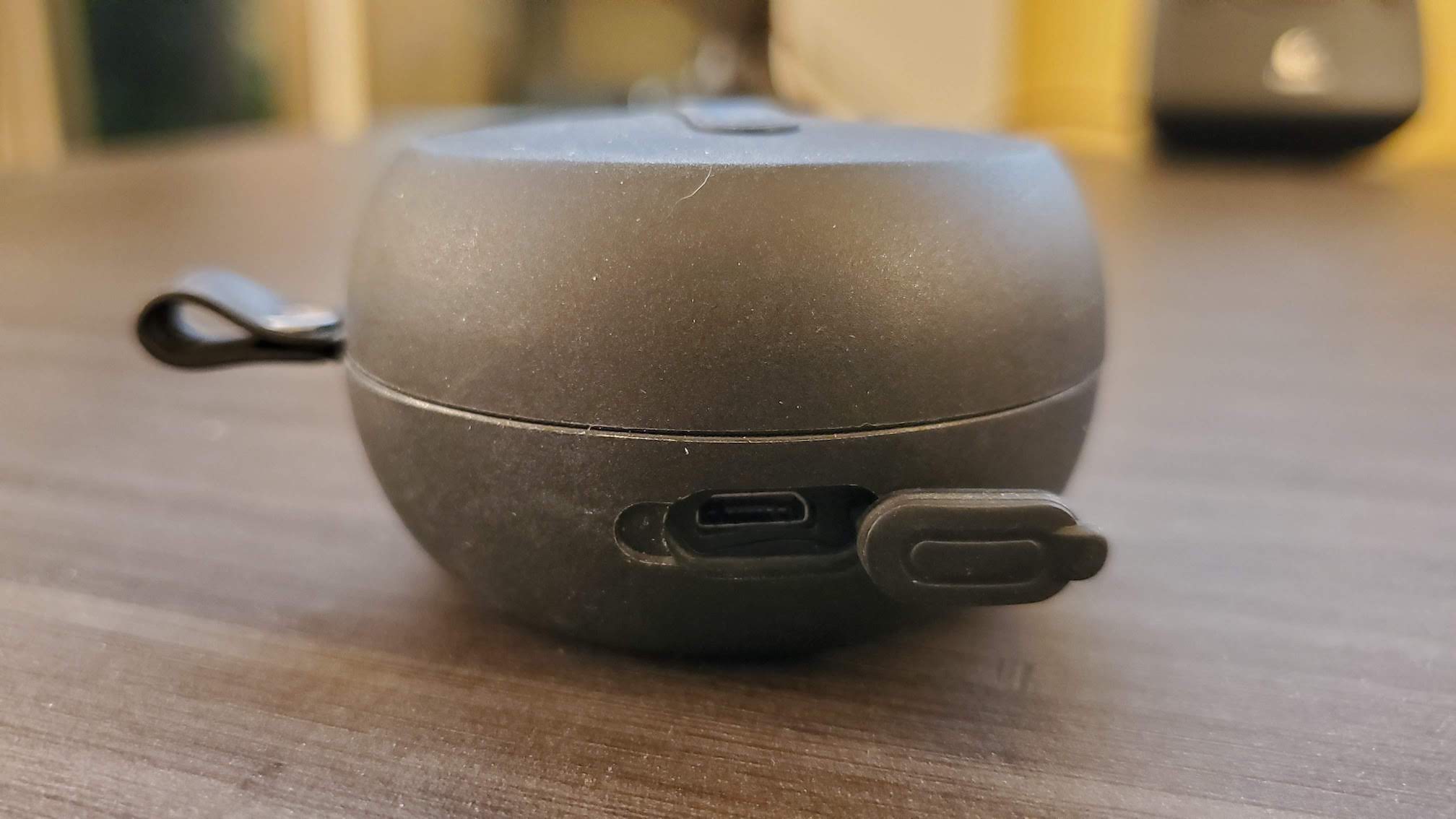 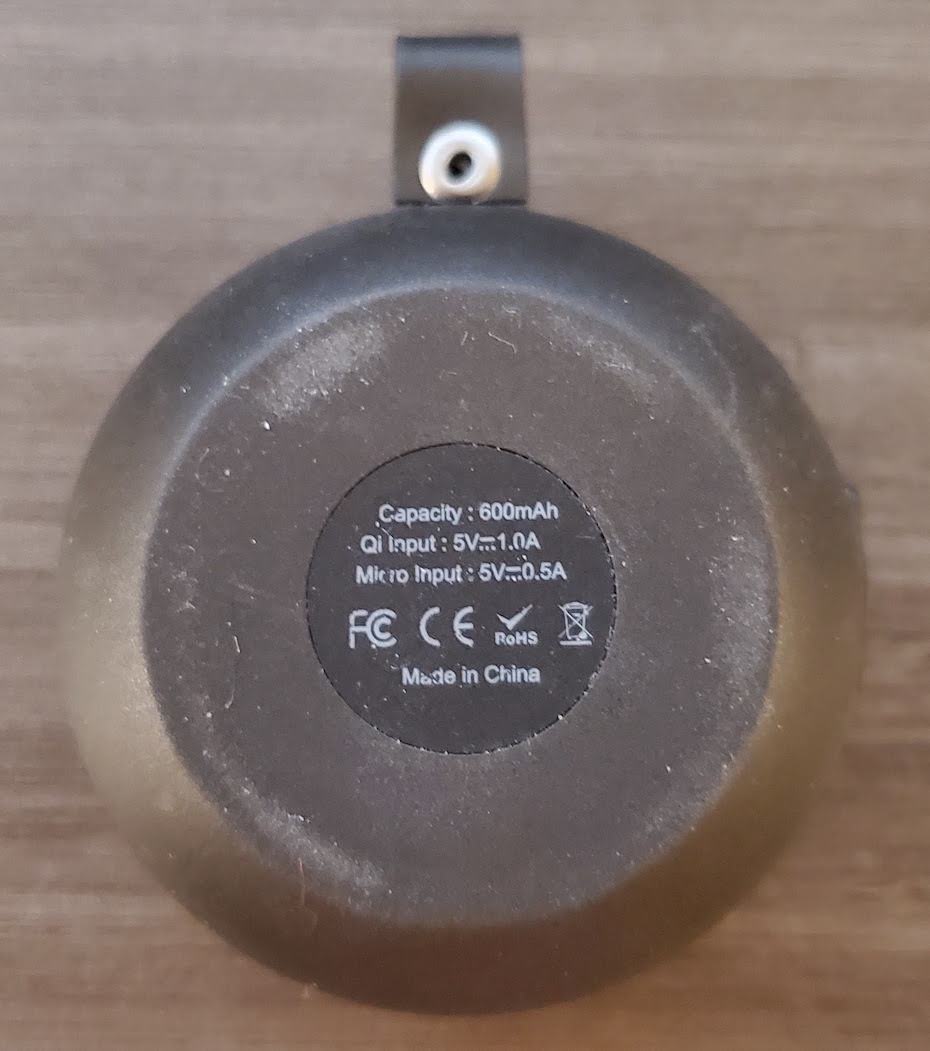 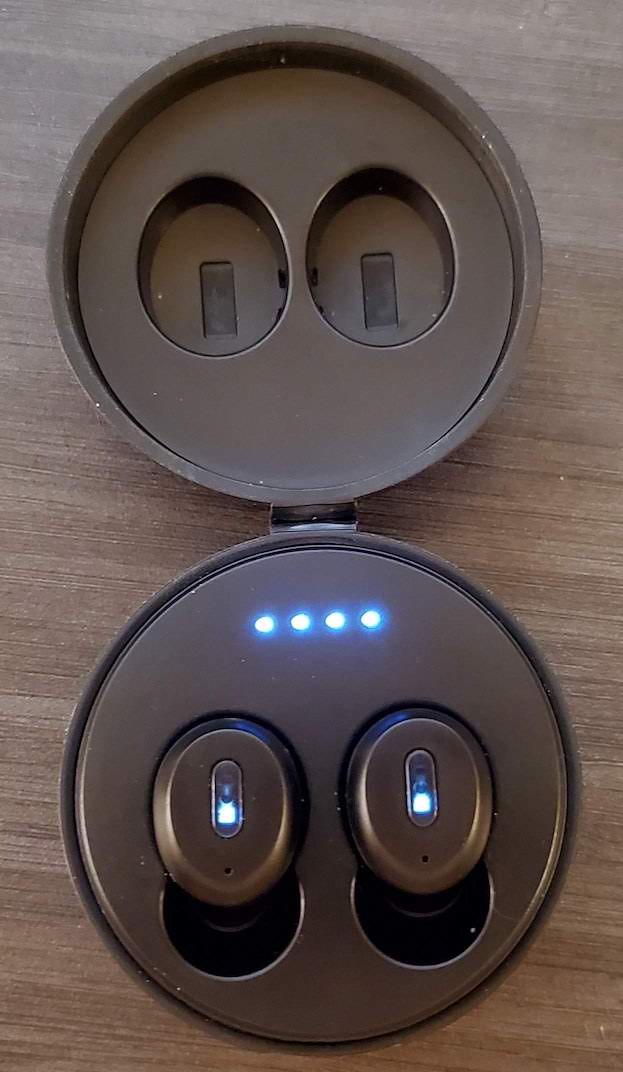 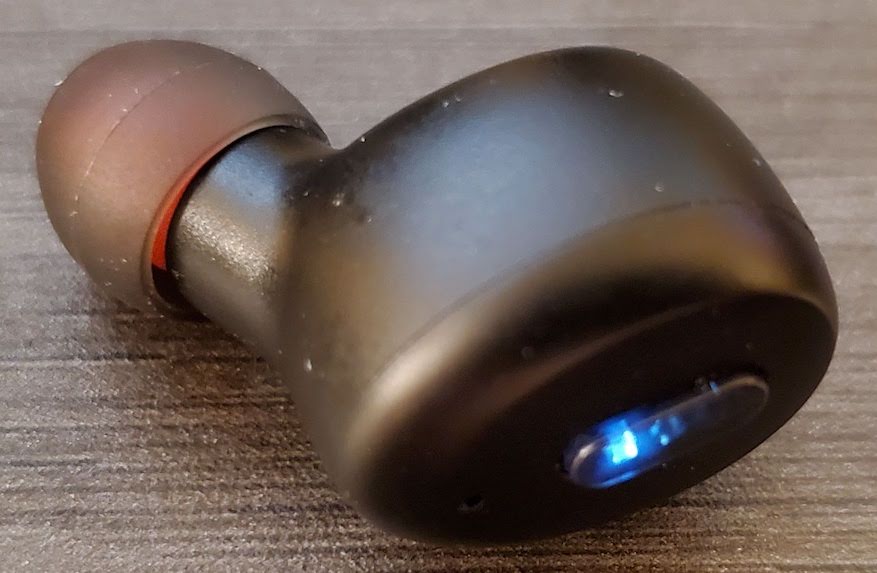 I've gone running several times in the rain with my X8s, and they have always handled the water just fine. They are IP rated for IP68, which means that they do not allow any dust in and are resistant to submersion in water up to 1 meter in depth, but I haven't tested actually submerging them.

I've used my X8s for over a year, and battery life has never been a problem for me. The package claims that the headphones last 5 hours on a single charge.

The case has a Micro-USB port for charging. I do wish this was a USB-C port instead, but it's hard to complain for the price.

The case also supports wireless charging, which is how I normally charge it.

The earbuds automatically go into pairing/connecting mode when you take them out of the case. There have been a few times when I wished there was a way to manually make the earbuds pair. When I've needed to switch devices, I had to put the earbuds back into the case and take them back out to get them into pairing mode again.

Sometime the audio does cut out in one headphone for a few seconds while I'm running, but it only happens about once for every several hours of usage.

The X8 audio quality is perfectly acceptable to me. I listen to podcasts more often than music with them, but even music sounds fine. The sound isn't tinny at all.

The microphones, on the other hand, are not good. When I tried having a phone coversation while using them, the other person had a hard time understanding what I was saying.

I wanted physical buttons, mainly for quick volume adjustments without having to mess with a touch sensitive interface or having to speak to a digital assistant, which I think would be annoying to do while running.

They work as reliably as I expected. I can press either button once to pause or play. Holding the left one increases the volume, and holding the right one decreases it.

I frequently adjust the volume when I'm running, and I love not having to pull out my phone or speak to a virtual assistant to do it.

I've been very happy with my X8s. They cost a fraction of the price of the options from the well-known brands, while having the physical buttons that I think make a superior interface for headphones.

← Morning Joy How to Improve Interface Responsiveness With Web Workers →